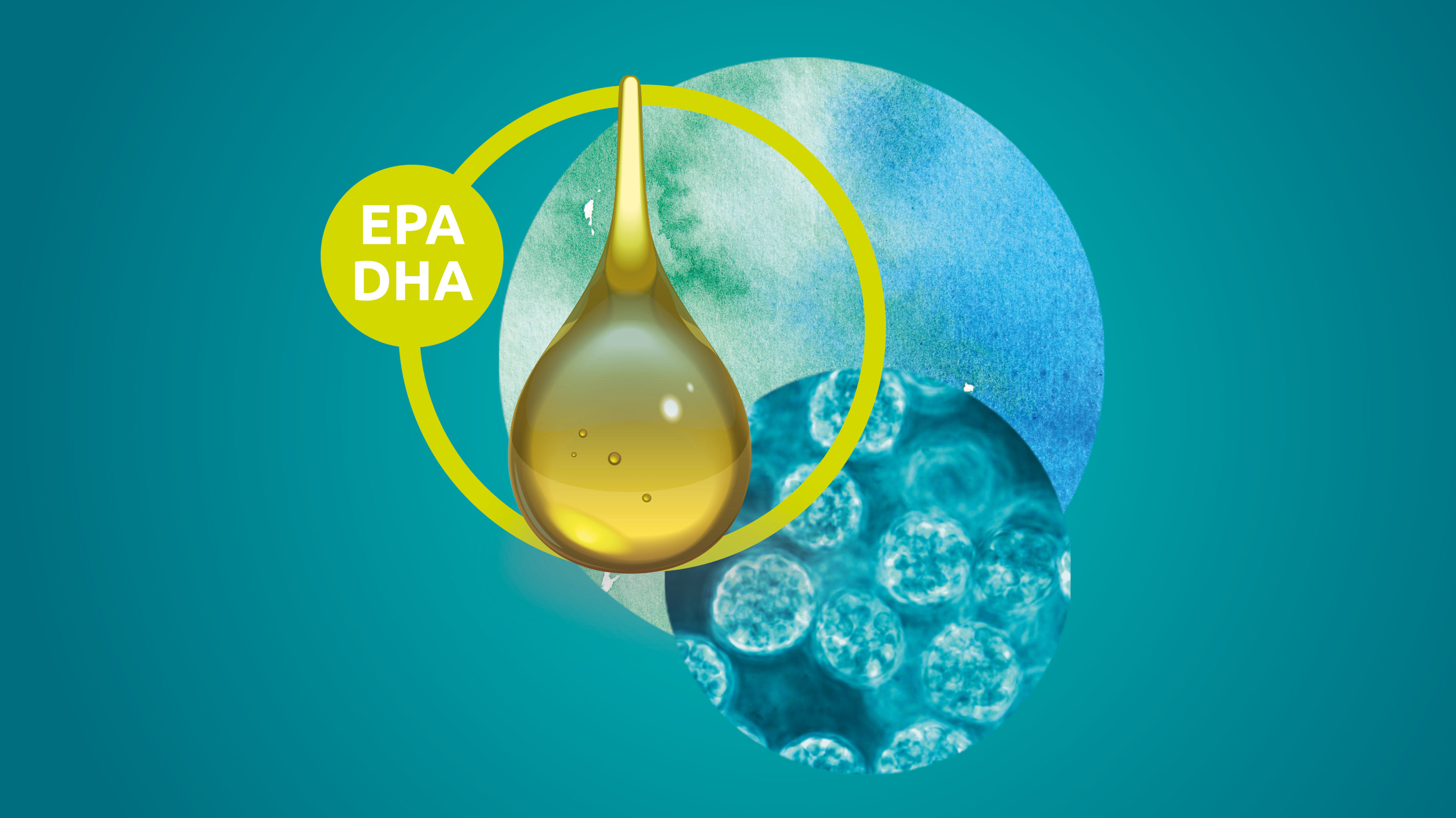 Omega-3 EPA & DHA fatty acids from natural marine microalgae for aquaculture nutrition – a breakthrough innovation that enables the sustainable growth of the global aquaculture industry, reducing our reliance on finite natural resources and helps to conserve the natural biodiversity of our oceans

Around the globe, consumers are becoming more health conscious and intentional about consuming healthy, environmentally-friendly and sustainably sourced foods. Increasingly, consumers are aware of the benefits of eating seafood, an important source of omega-3. They hence look to include more fish in their diet as omega-3 EPA & DHA fatty acids play a vital role in brain, heart, and eye development.

With the world’s population expected to reach 9.7 billion by 2050 and demand for more nutrient-dense, healthy nutrition across geographies, the Food and Agriculture Organization of the United Nations (FAO) estimates that aquaculture will need to increase its production by 30 -40 million tons by 2030 in order to keep up with the current rate of consumption. This can only come from aquaculture, since many wild fisheries have reached their maximum yield or are in decline. The aquaculture industry has continually expanded in response to the growing demand for fish. In 2015, the industry reached a milestone, producing as much farmed fish as fish caught in the oceans.

However, the aquaculture industry heavily relies on finite marine resources such as fish oil. This contains the key omega-3 fatty acids EPA & DHA, which are an essential part of fish feed. Omega-3 EPA & DHA fatty acids are particularly important for fish growth and fish welfare.

Fish oil is traditionally derived from the capture of wild, oily fish such as anchovies and sardines. While aquaculture nutrition and technology have improved, still almost 20% of the global fish catch is processed into fish oil and fishmeal to feed to farmed fish. In 2016, this corresponded to a total of 16 million metric tons of wild fish caught: Now, global supply of fish oil derived from wild-caught fish is declining, including the amount of oil and fatty acids extracted.  This has led to a 50% reduction in the omega-3 content of salmon fillets.

Emerging gap between supply and demand for omega-3 (© Veramaris)

For this reason, finding alternative sources for omega-3 EPA & DHA supply is key. Without such a change in nutritional practices, the growing demand for omega-3 will outstrip natural marine resources. To enable aquaculture to keep providing nutritious food to a growing world population, the supply-demand gap must be closed using a meaningful alternative. 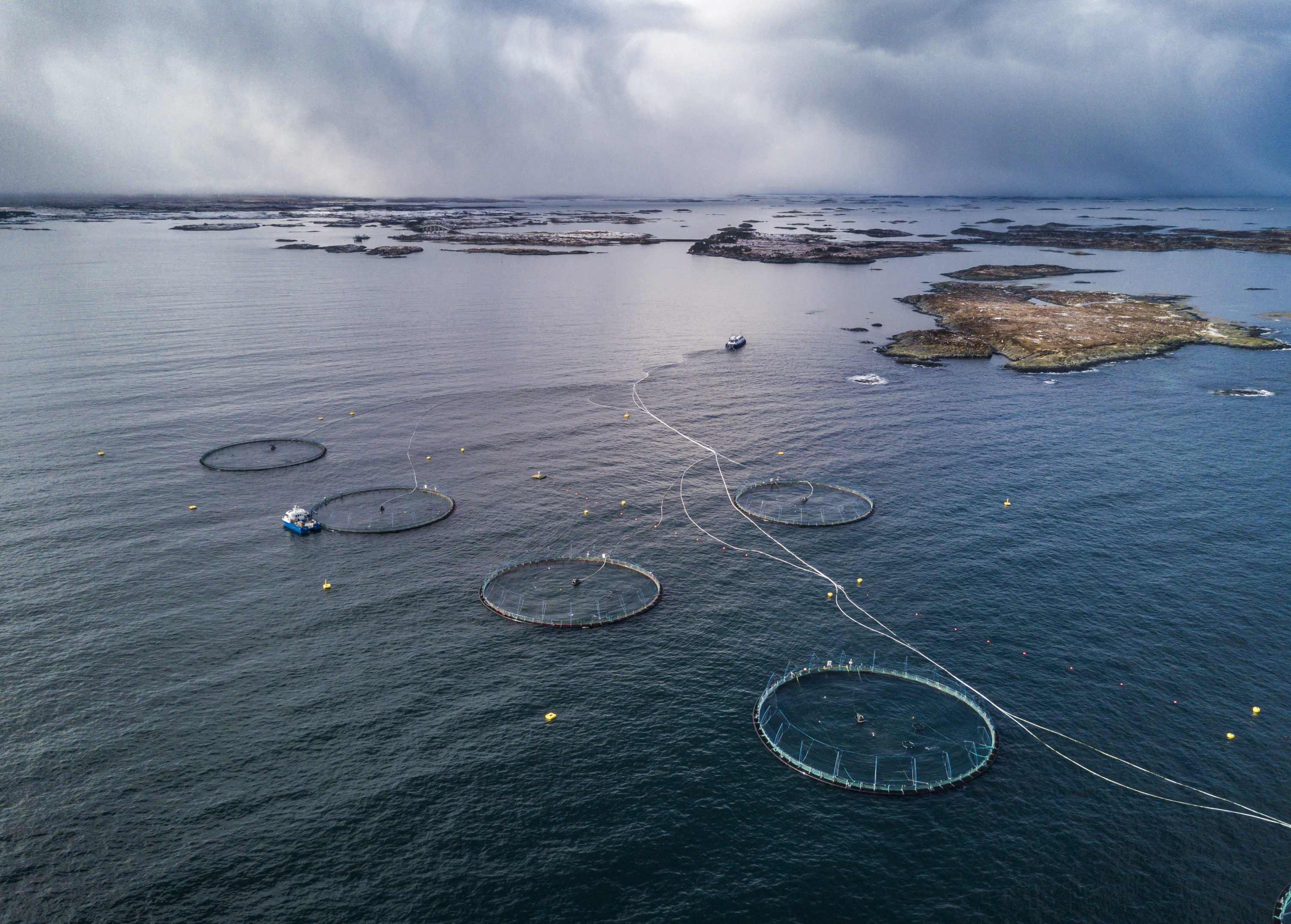 Veramaris, a joint-venture of DSM and Evonik, has developed an innovative technology to produce omega-3 EPA & DHA via fermentation of natural marine algae at an industrial scale. This has been made possible with Swiss algal technology, IP, R&D and innovation frameworks.

This highly disruptive non-GMO, waste-free biotech process, is scaled to supply 15% of the global salmon industry’s current demand for omega-3 EPA & DHA. Pilot quantities for market development purposes have already been available since 2017.

To illustrate this, the amount of EPA and DHA in 1 ton of Veramaris omega-3 algal oil is equivalent to that in 60 tons of wild caught fish.

The production capacity of omega-3 EPA & DHA of Veramaris is equivalent to 1.2 million tons of wild fish. To put this figure into perspective: in the entire Mediterranean, from Spain in the far West to Israel in the far East, there is around 800,000 tons of fish is caught annually. Hypothetically speaking, Veramaris helps to counterbalance the annual fishing activities in the Mediterranean Sea. 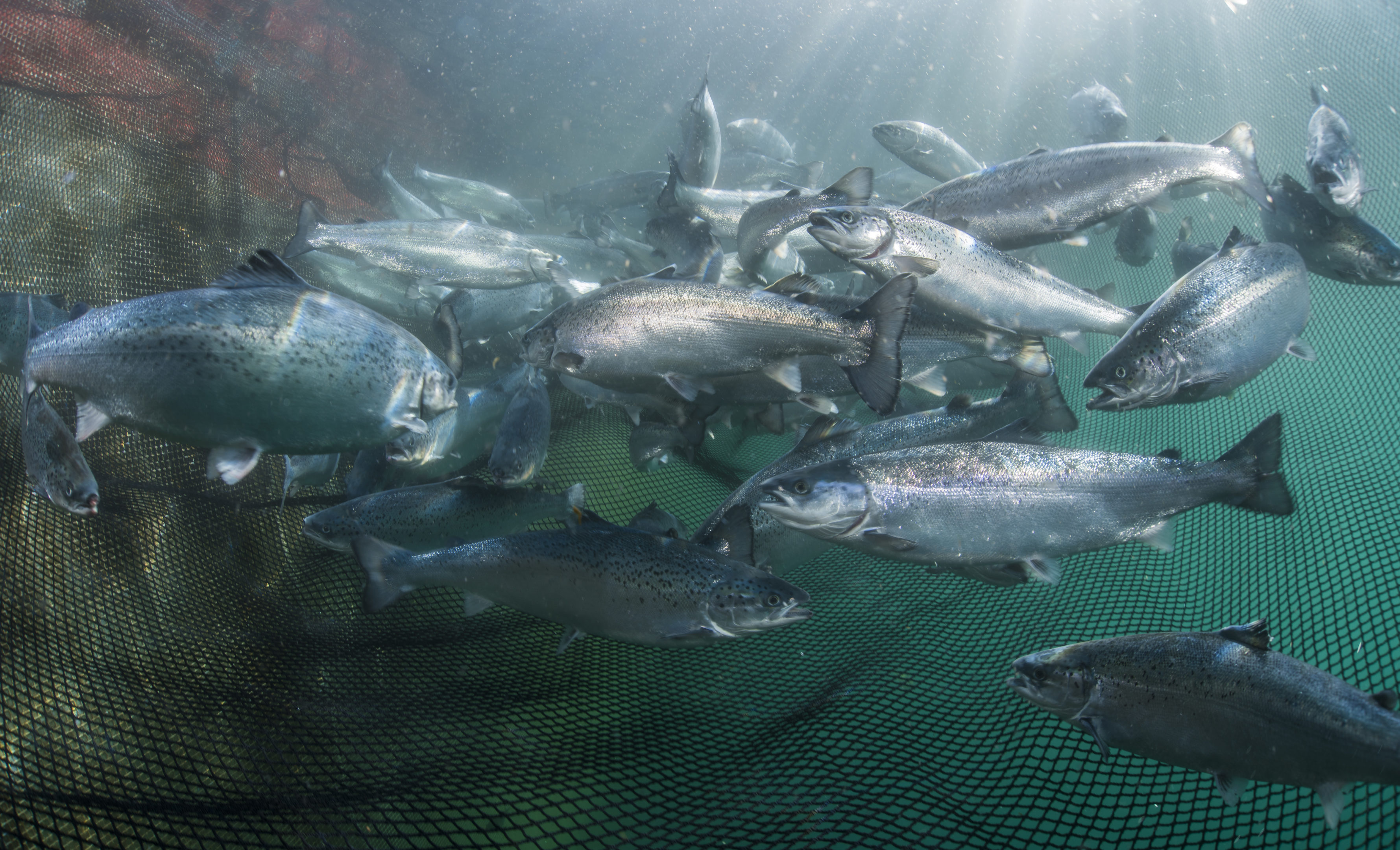 Veramaris: … begins at the heart of the food chain with algae …

… and transforms the industry!

Veramaris produces omega-3 EPA & DHA from these natural marine algae and thereby bypasses the food chain, reducing our reliance traditional capture fisheries. The omega-3 oil is then made available as a feed ingredient to the aquaculture industry. To increase the industry adoption of this innovative technology Veramaris orchestrates the stakeholder dialogue of players along the value chain, from feed producers, farmers to retailers and NGOs.

Skipping over the food chain (© Veramaris)

This innovation is essential for the continued, sustainable growth of the aquaculture industry – a key provider of valuable, healthy nutrition for a growing and ever-more demanding population. It helps alleviate pressure on overfished wild fisheries and helps improve marine biodiversity. it enables the salmon industry to reduce the amount of marine ingredients in the feed to become a net producer of fish and allows the salmon industry to raise the omega-3 levels in the fillet. 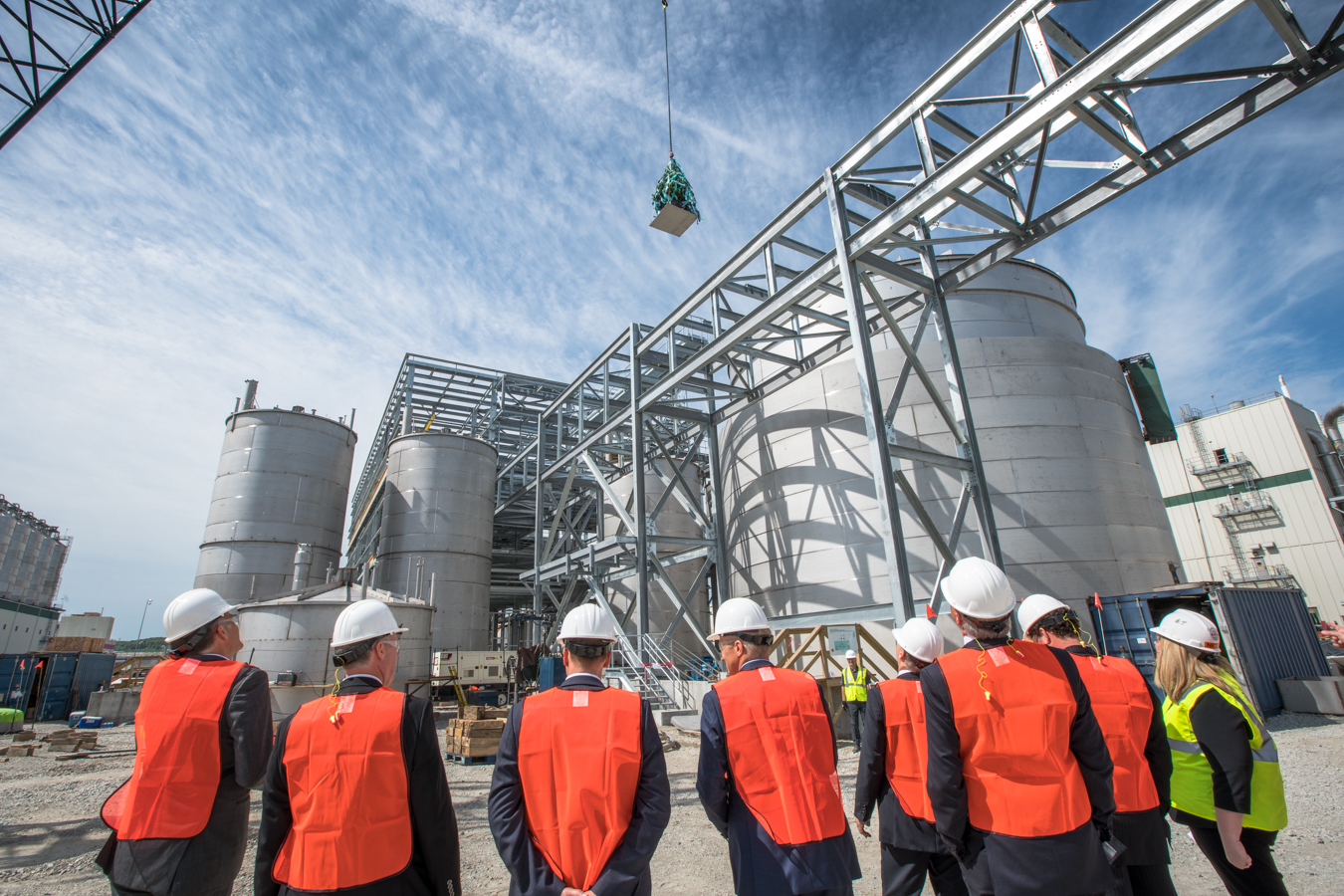 Meet the team behind the solution

Veramaris is a 50:50 joint venture of DSM and Evonik for the production of the omega-3 fatty acids EPA and DHA from natural marine algae. Located in Delft, the Netherlands, Veramaris was launched in 2018, because its parent companies shared a vision: to conserve marine life by using the ocean’s own resource – natural marine microalgae. Producing an algal oil rich in the two essential omega-3 fatty acids EPA and DHA through large-scale fermentation at its facility in Blair, Nebraska, USA, Veramaris enables partners along the value chain to become independent of wild-caught fish and meet the growing demand for animal protein in a responsible way.

At Veramaris, we are harnessing nature at scale to enable sustainable growth and are supporting five of the United Nations Sustainable Development Goals which are directly related to our business activities and serve as a guiding framework for our sustainability efforts. 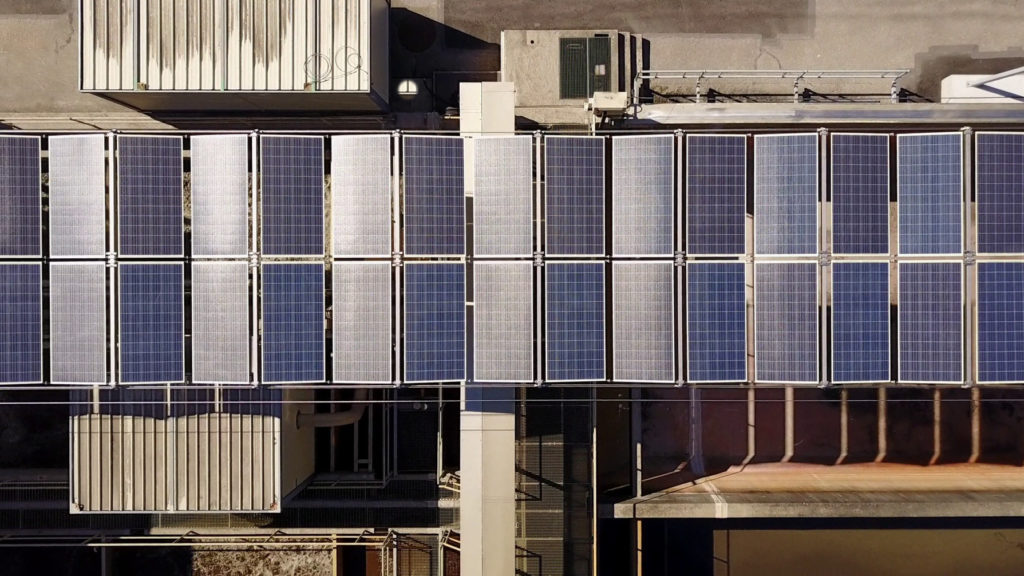 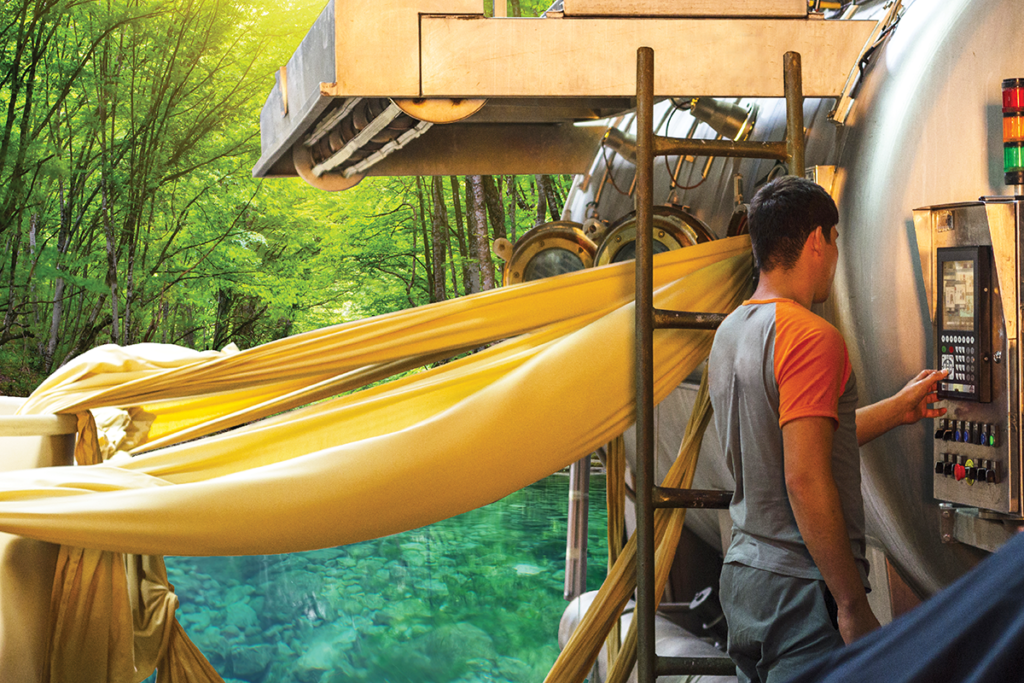